Family Night on the farm 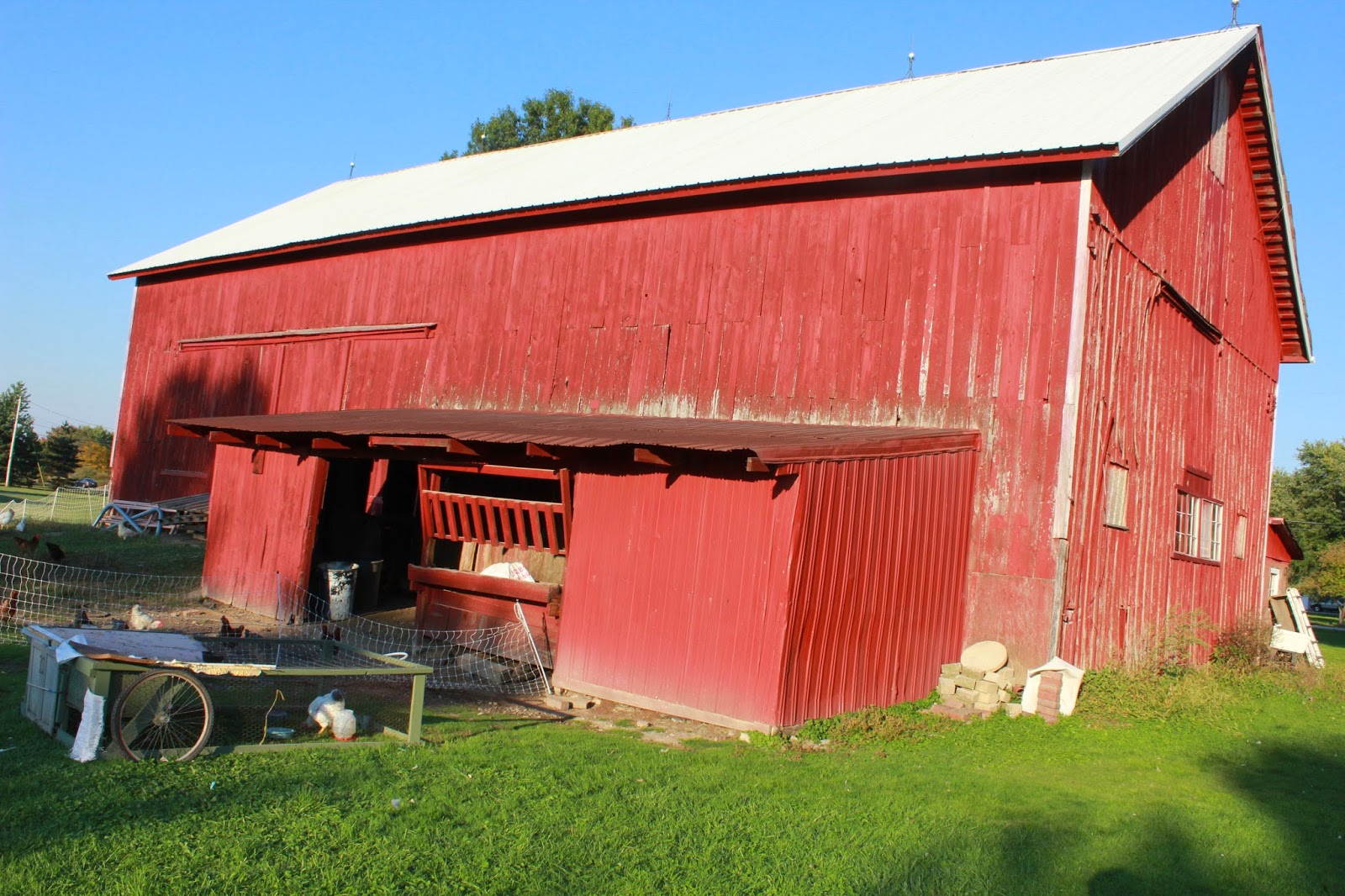 This will be a rather unique blogpost.  I am writing at 1 A.M. and I don't have any pictures to illustrate my story, for which you will be grateful, and I smell like very wet chicken.  Poor me!

Here is my story.  Tonight my DH and I were arriving home at the farm after a very nice date night.  We had gone to hear George Barna speak on parenting and then went out to Aladdin's for dinner.  By the time we arrived home it was after 10.  My DH commented to me that one of the black chickens was lying by the end road.  I said that that didn't make any sense.  I wasn't questioning his veracity just the fact that a black chicken was by the road made no sense.  He went out to look while I stayed on the driveway to keep my shoes dry.  When he came back he reported that the chicken was still alive.  That was really strange.  My DH is a "city slicker" farmer and doesn't touch chickens.

I went and got some boots. a flashlight, and Michelle.  We went out to the road and Michelle picked up the rooster and looked at it closely.  No blood and it seemed intact.  But why was it by the road?!!  The roosters always head to the back to be near the hens and not towards the road.  The rooster chirped and snuggled as we headed back towards the coop.  Alas, the fence was broken down and there was a dead rooster caught in it.  Another rooster was missing altogether.  The fence to the broilers was also broken down.  Fortunately, there coop was buttoned up so tightly that the fox or coyote couldn't get it.  As we were examining the broiler pen, we noticed that all the broilers were sopping wet.  Chickens don't stay healthy when they can't get dry. The place where the pen had been moved to last night had become a swamp with all the rain!

What to do?!!! We called for reinforcements and went and cleared out one of the stalls (My DH and T-Bob used their big muscles to do that) that was filled with junk and covered the floor with hay.  We also cleared out the road trailer, got the ATV out and went back to the broiler pen.  Do you know how long it takes to chase down and move 100 broilers?!!! These are Freedom Ranger broilers and they can move fast.  Thomas was in his documentary mode, meaning he is putting together evidence for future political campaigns that indeed he was raised on a farm and is a real farmer.  He made Elizabeth, (Poor kid, she was in bed sleeping when all the excitement broke out and so she was recruited to come help. Second night in a row that she has been up past midnight), hold the flashlight and video tape him catching the broilers while standing barefoot in the broiler pen full of mud and bird poop.  He is not afraid of hard work or dirt- as long as the camera is on -  LOL.  He continued working though once the camera was off.  We loaded the wet birds into the trailer and hauled them to the barn.  There we reversed our human chain and unloaded them all.  The chickens seemed very happy to be in a warm dry place.

T-Bob and I went back to check on the roosters and fix their fence.  When that was done we went to move the electric power to the fence so that if the robber comes back he will get a real surprise.  T-Bob made sure that the power was off, but when he moved it there was still a power reserve that jolted him as he walked.  These electric fences are very powerful and give you a real "kick-in-the-pants" and not just a strong tingle.  In fact, he almost fell over from the strength of it and the battery charger went flying.  He thought I had thrown a brick at him and hit him.  At least that's what it felt like.  I would never do such a thing!!!  My DH was once again called out to set the fence charger back up.  Both T-Bob and I wanted nothing to do with it after that.  I think the fact that the ground was soaking wet was a factor in the shock.  By  the time we got in the house it was almost one in the morning.  Michelle was finishing butchering the dead chicken that was caught in the fence.  Don't want to waste the meat on one of my primo roosters.

So what did your family do for 'Family Night'?

Did I mention that we love life on the farm?  It is definitely character building!
Posted by ~The Mangos~ at 1:39 AM