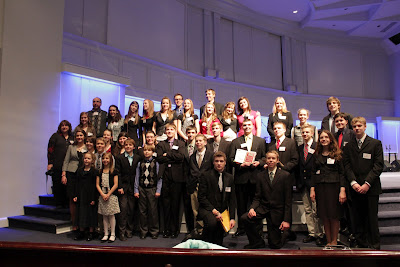 Can you find all five Mangos in this picture? This is our Speech and Debate team. We went to our first tournament last weekend. It was an exciting but tiring event. The leaving the house at 6 AM and not getting home until around nine, both Friday and Saturday made for some tired children AND parents. 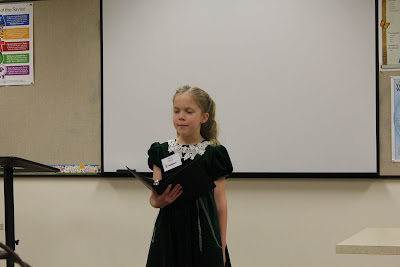 Elizabeth performed 'The Highwayman' by Noyes in the Junior division of Poetry Interpretation. 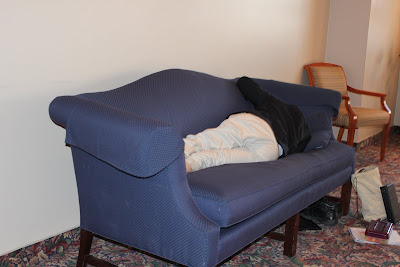 This is how T-Bob spent his day of competition. He had a stomach flu that showed up as he finished his first speech. He made it through the speech, shook the judges hands and ran for the garbage can in the corner. He made it. He found a couch in a quiet corner, and rested and slept the rest of the day. He did climb off the couch two more times and do his speech event. It was a rough day, but he made it through manfully. Everybody heard his story, and he was quite famous, or is that infamous? 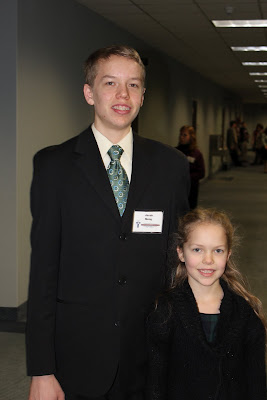 Here are two special friends. Paul and Elizabeth. We (Elizabeth and I) were following Paul through his speech events. He did Impromptu Apologetics and Biographical informative. He did a nice job. 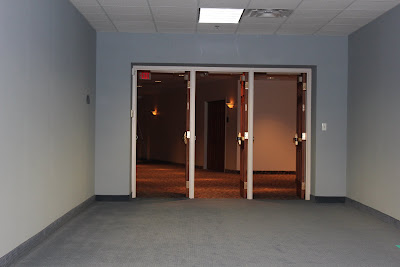 This was our home tournament so the parents in our club and another close by one had to do all the work that it takes to have such an event. My DH and I had the job of registration assistant and hallway monitor in the old blue hallway on the second floor. 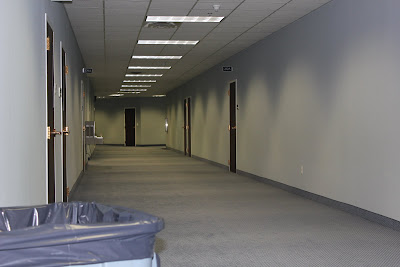 It was quite a bit like solitary confinement. Too quiet for my tastes, but somebody had to do it. My DH did take the lion's share of this duty as I had to make sure the younger children got to their events on Friday and watched some of the older children perform their speech events and debates. 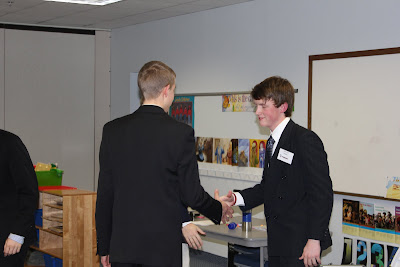 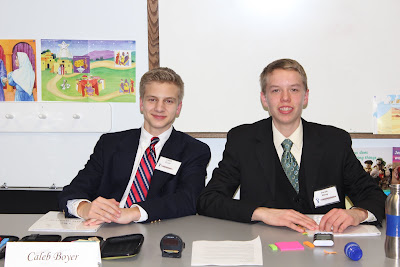 Here is Paul and his partner. They get along well and do an excellent job. They are both second year debaters. 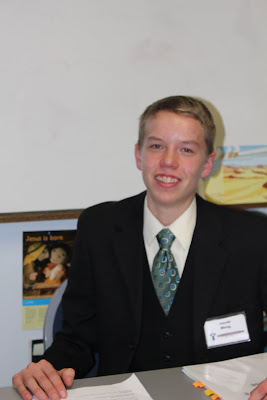 This is Paul's last year of debate, as he ages out this year. He is really enjoying his time. 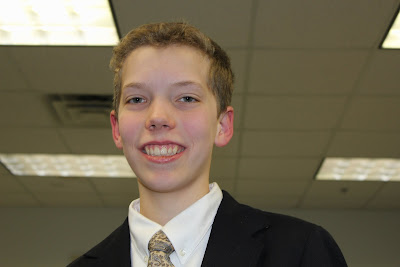 Thomas is doing debate and speech this year. He is really enjoying this activity. 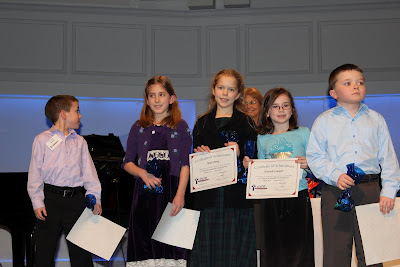 All of the children in the junior event got a certificate and a bag of candy. They did get called up on stage for some recognition. 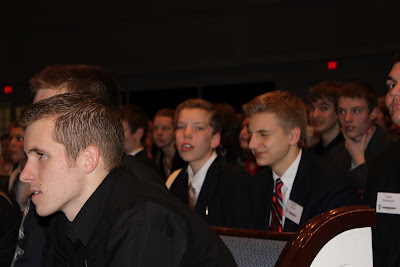 Everybody comes in and watches the final round and awards ceremony. There were over 200 competitors and 69 debating teams. It was a BIG tournament. 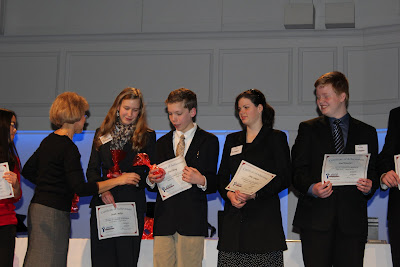 There were 15 students who completed sweepstakes. That means that they did three speeches. One from each of the three categories, Impromptu. Informative and and Interpretive. They all got a certificate and a bag of candy. Here is Thomas receiving his. 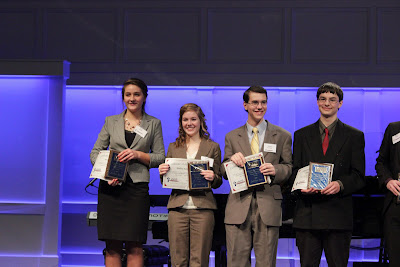 These are the winners of the final round. The two girls beat the young men. The young women are from our club. We were all very proud and glad. They did a great job. It was a great weekend.
Posted by ~The Mangos~ at 2:04 PM