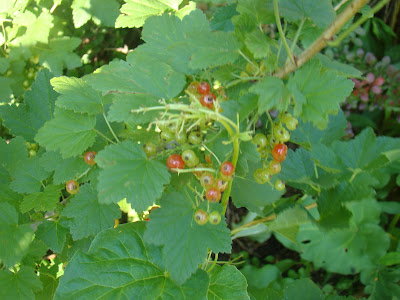 Our currants are ripening. This afternoon Elizabeth and I went out to pick for the first time. 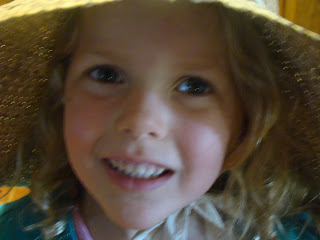 She picked the low ones and I picked the currants that were more toward the top of the bush. 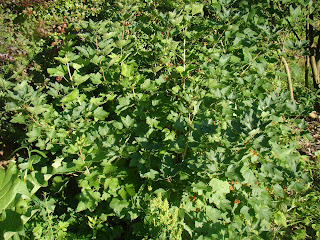 Currants are rich in antioxidants. They taste sour. Elizabeth thought they were a treat. We don't generally eat them unless we're out picking. The rest of the currants go into the freezer for smoothies.
First, Elizabeth washed them. After she dropped them on the floor she washed them again and put them into a container. I stopped her and placed them on a plate. 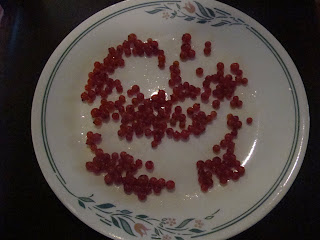 I put the plate in the freezer and when their frozen I'll put them into a container. That way they won't all freeze together in a glob. Picking currants is tedious work, but since we're growing them we might as well use them.
The variety in fruit alone is amazing. Who would dare think that it all happened by chance?
~JoAn
Posted by ~The Mangos~ at 7:27 PM