Adoption Day had finally arrived. After having Joey for almost two years He was about to become a permanent part of the Morris household. It was time to make it official and then to celebrate! 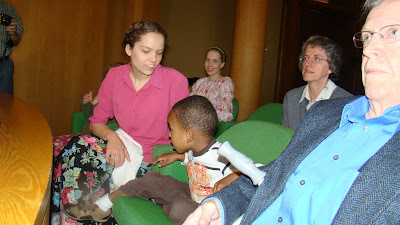 The judge said that this was the biggest turnout for an adoption she had ever had. The courtroom was full! There were only about twenty seats, but all those and more were full. 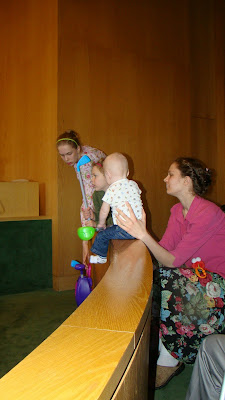 The courtroom was very child friendly. The green grass colored carpeting looked like a putting green. Apparently the judge thought so also as she provided little plastic golf clubs and golf clubs for the children to play with as they waited. 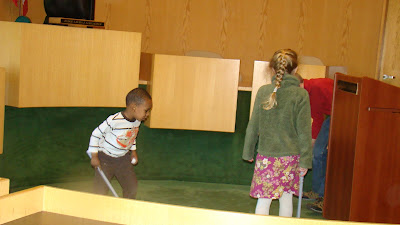 They hit the balls all over. They were pretty contained by the walls. There was nothing to wreck. All the little ones went out and 'hit a few rounds' while the final paperwork was gone over. 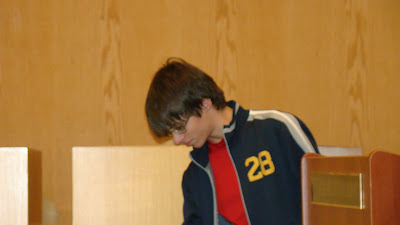 There were some neat side stories. One was that a half brother of Joey's came to his adoption. His adoptive mother is working at maintaining the biological sibling relationships. He was adopted when he was five and didn't have a real clear memory of it, so he wanted to see Joey's. 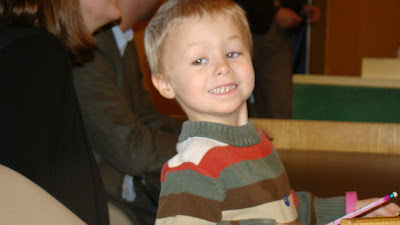 Joey was so excited. He was the star of the show! He was finally being ADOPTED. Of course he only has a three year old's understanding of it, but he knew it was a big deal. 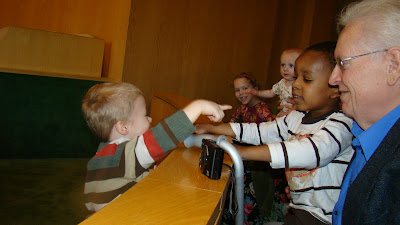 The judge asked Joey who was here to see him be adopted and so Joey got up and asked everyone in the room their name for her, even his brothers. When she asked Joey what time it was and he said "fiveteenish" . She said, "yes, It's time for you to be adopted." He just grinned bigger! 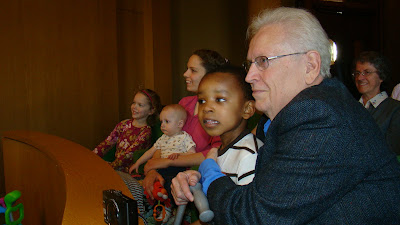 Joey's great uncle and his wife drove from Missouri to come to the adoption. He had adopted all three of his children and they have also adopted children and he wanted to join in the celebration. 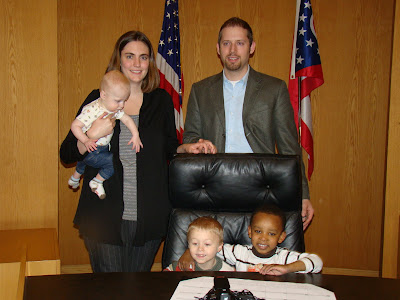 Here is the family with all it's members, including the newest official one. The judge even let the little boys try out her chair. (I love this picture of Gabe putting his arm around Joey). 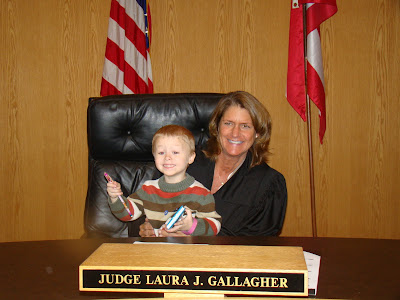 Thank-you judge, for making this an extra special event!
Joey then spent the rest of the day celebrating. First he went to the zoo and then home for his big "gotcha" party! There was quite a turnout for that. What a wonderful Day!
~Mom
Posted by ~The Mangos~ at 1:22 PM