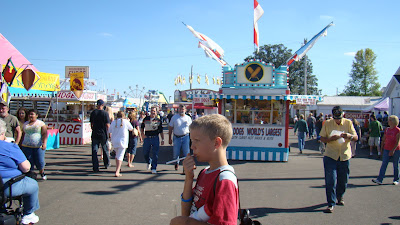 I took the children to an old-fashioned county fair on Friday. We had a nice time. They had a traditional midway. We just looked, the carnival barkers, the food stands, and the rides. It was loud and exciting. We preferred to watch the animal judging. 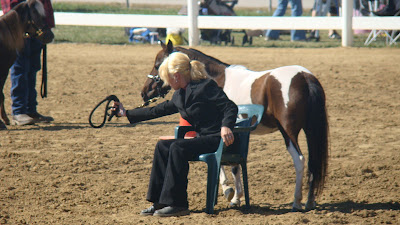 The day we were there, they were doing the mini-horse competitions and judging. The presentations were fun to watch. The hand led trail exercises were interesting. The presenters led their minis to a chair and they sat down and the horses had to walk around them twice. 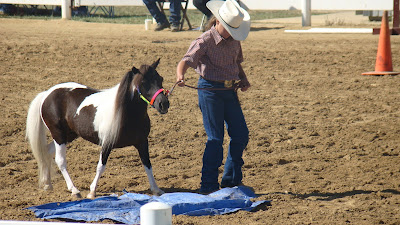 Next, they led the horses over a tarp.... 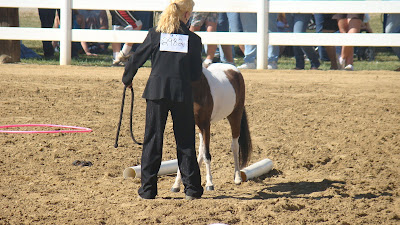 then over to the pipes. They had to get their animals to back up between them without stepping outside the pipes. 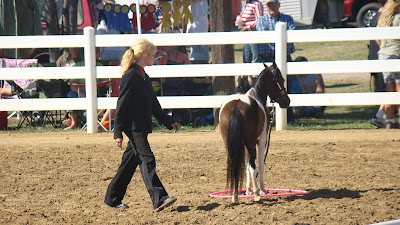 The most challenging thing was next. The duo walked over to a hula hoop on the ground and the horse had to stand with just his two front legs in the hoop. Their presenter dropped the reins and then circled the mini two times at least five feet from the horse. Many of the horses were fine the first time, but the second time they would take off. Some ran off across the ring.
The final part of the exercise was to walk the horse between a pattern of pylons. The horses that completed the course were called in to walk sideways along two pipes without stepping over them. 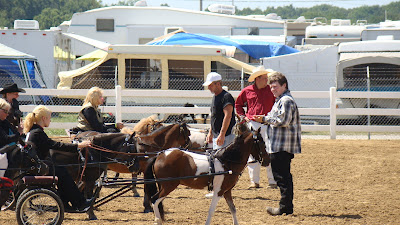 They also had the minis in various driving rigs. Showing off their gaits and costumes. 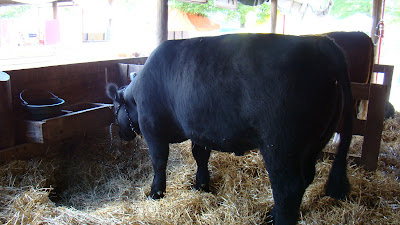 This is the Grand Champion Beef Steer. 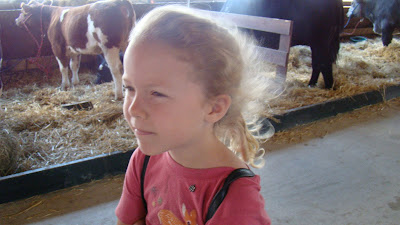 Elizabeth liked the big fans they had to keep the champion steers cooled. 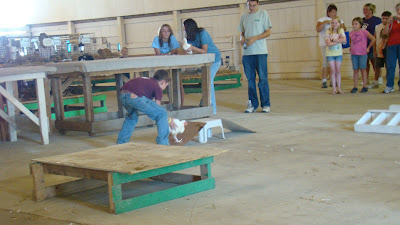 We also watched the poultry obstacle course. What a hoot!! 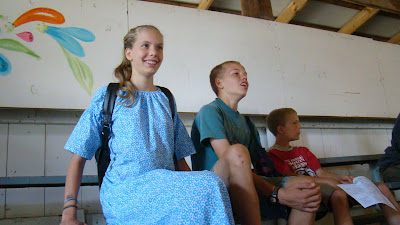 The children enjoyed it, especially Michelle. 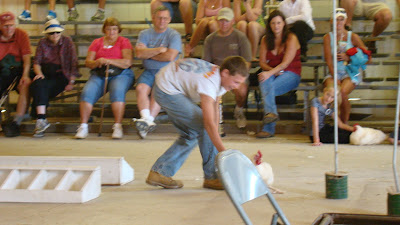 A lot of the poultry tried to escape. Chickens are real bird brains! The ducks were smarter. One took off and flew out the barn doors. They chased him down and caught him. The ducks were a lot faster than the chickens. 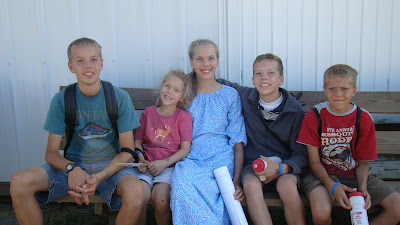