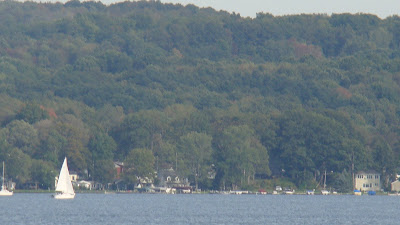 On our recent trip to Chautauqua, NY, we stopped over at the Chautauqua Institute. It was across the lake from us on beautiful Lake Chautauqua. 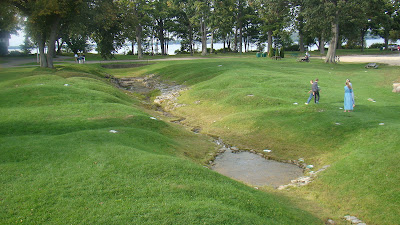 They have a very large map of the Holy Land, created to scale (1.75 feet= 1 mile) that was made in the late 1800's. They have maintained it ever since. The Chautauqua shoreline is used as the Mediterranean Sea. The above picture shows the Sea of Galilee closest, with the Jordan River headed away and in the distance is the Dead Sea. It was nice to be able to get a perspective on relative sizes. The white 'stones' in the grass were city markers. 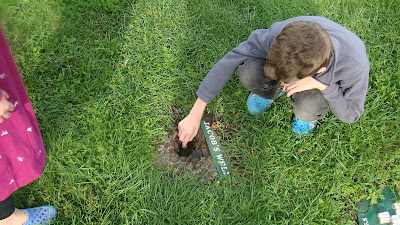 Here, Thomas is checking out Jacob's Well. I was surprised to find it over a foot deep. 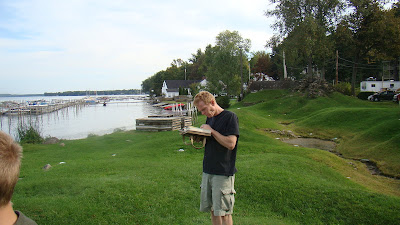 My DH took out his Bible maps to see where everything was supposed to be.
It helped to figure out where you were relative to everything else. 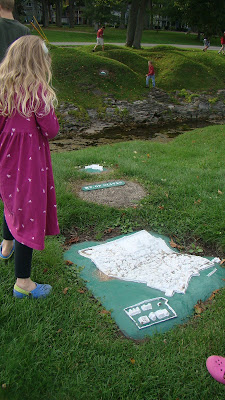 The towns were marked with these white stones that gave you an idea of their relative size. 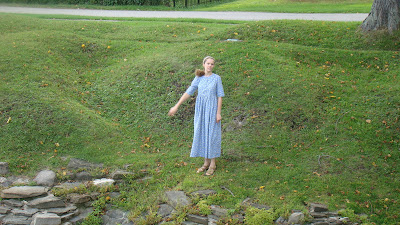 They have carved hills and valleys that are accurate as well. This is just above the Dead Sea. 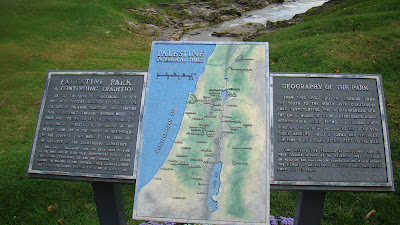 This plaque gives you some of the history of the site as well as information about the map.
You can see the Dead Sea right above the top of the plaque. 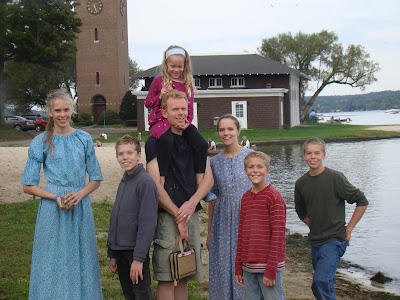 This was a free side trip. We probably spent about 45 minutes looking around. The children enjoyed it. It is worth stopping in, if you are in the area.
The Chautauqua Institute was started by the Methodists in the 1870's, I believe. It was part of the revival that took place in America after the Civil War. The gospel was preached and lives were changed. Since then it has become very ecumenical and has lost the message.
~Mom
Posted by ~The Mangos~ at 2:31 PM