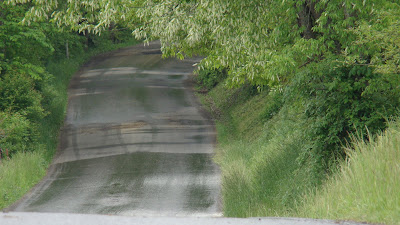 I have interacted with the Amish culture since I was 16. I once got into a disagreement with a relative about whether I had any cross-cultural experience. I told this person that I did as I had spent much time with the Amish. She thought that since they lived in our state, that they were the same culturally as us. I tried to explain that they spoke a different language and certainly were very different in many other aspects.
I think today may demonstrate my point:
On Wednesday night, our phone rang at 10:10 PM, it was an Amish friend. She told me that she was planning to meet two of her brothers and their families, who live out of state, at the zoo. I have spent a lot of time at their house and had often invited their family to come up and visit us and see how we live. Well, when she called she asked if they could come by on Friday after the zoo and heat up their pizza in our oven and eat in our back yard. I said sure, but that I wouldn't be here. I said I would leave the older girls at home, but that I was going to be down in Amish country myself that day seeing patients. I was disappointed that I was going to miss their visit.

Honestly, I thought there might be as many as 18 people coming. They showed up with their closest relatives and neighbors. In all there was 31. They had never been here before or had any idea of how small some houses and lots are in the city. Fortunately, we have a larger house. There was room enough to accommodate them. They made themselves at home. Many went up to the family room and enjoyed the AC and read books from our large library. Others went to the basement and stretched out for a quiet rest there. The temperatures had been in the mid-90's today so they were pretty well scorched.
They did bring their own food. They brought pizza topped with hamburger, peas, pepperoni, hot peppers and their homemade Colby cheese. You can't get that at Papa John's! There was alot of fresh garden veggies along side. Joan, and Michelle played hostess. The girls put out the food we had planned for our dinner. It was a big party!
I think this shows a huge cultural difference. Would you show up at someone's house with 30 people without telling the hostess how many people you were bringing? They had invited others, but they weren't able to come. They felt comfortable inviting themselves to our home and brought their own food. What a hoot!! I still can't believe that they showed up here with 30 people! I will probably never know who all came. We forgot to have them sign the guest book. I wonder what the neighbors thought? All those Amish unloading from 2 vehicles in our driveway. I love it!
~Mom
Posted by ~The Mangos~ at 10:54 PM