I had a friend tell me about a neat field trip she went to at Fort Meigs. It was used in the Battle of 1812. We like to go to different places for summer fun and learning excursions. I went on the internet and found that our desired location was closed Monday and Tuesday. In my on line hunting I found that an Ohio Historical Society family membership gives you free entrance in about 50 historical sites around the state as well as a magazine that covers Ohio history. It cost us $55 for the membership (it includes 2 adults and children under 18 in a household), and gave an additional $5 off for educators. What a great deal! I hope to use it several more times this summer and throughout the year. 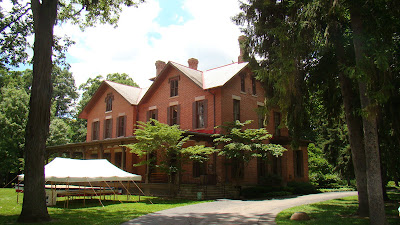 We selected the Rutherford B. Hayes Library,residence, and Museum. This house was the home of the president and his family for quite awhile. His uncle had it built for him. When asked, He said he wanted a porch with a house attached. The house was added to three times. We had a very knowledgeable tour guide. She talked rather fast as she had so much information to
impart. You are not allowed to take pictures in the house. President Hayes lived here before and after his presidency. It has some of the most amazing woodwork I have ever seen. It has 18 bedrooms. Back them it was out in the country and guests would come and stay for a spell. The Hayes had 8 children, 5 who reached adulthood. It sounded like a very happy, busy family. 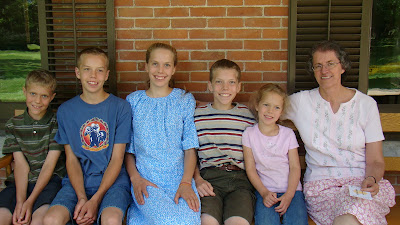 My friend Kay came with us. We toured the home first, and then the museum/library. 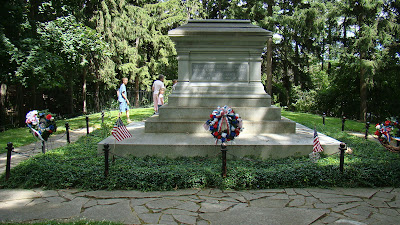 Outside the house, are the graves of Rutherford and his wife, and several other family members. Hayes fought in the civil war and was wounded 5 times. He moved up through the ranks and ended up as a general. 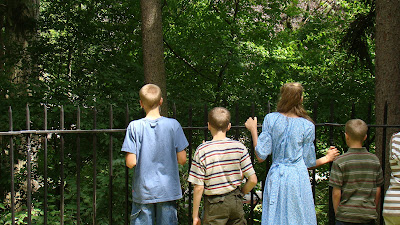 Behind the family cemetery were two small rocks that mark the spots where two of his favorite horses were buried. I think the children were more fascinated by the two simple rocks than the fancy burial vault. 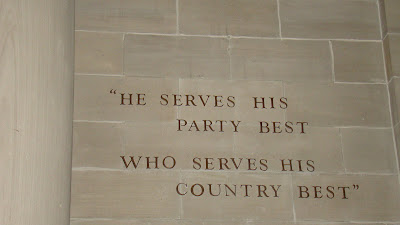 The presidential library and museum contains a lot of information about his life and the house there on the property. They also had a good sized room that contained information on all the presidents and had some memorabilia that was either given to him by them or that he had collected. There were some interesting tidbits. He had also collected a lot of native American artifacts which are displayed. Some of his children's toys and wife's dresses are there as well . 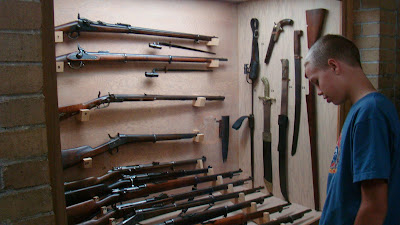 In the basement there is a large collection of weapons and things collected by his grandson during the Boxer Rebellion in China. Mr. Boots found it quite fascinating. There was also a big room with displays on croquet and its history. 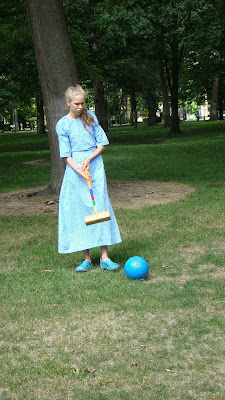 On the front lawn they had a croquet game set up. They also had another game set up that was a cross between croquet and golf. 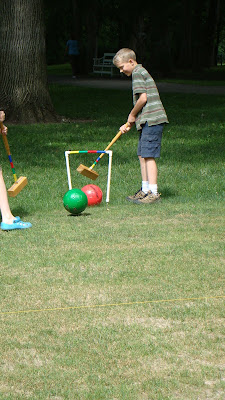 It used colored soccer balls. The balls could be kicked or hit with over-sized mallets. The wickets were extra large too. 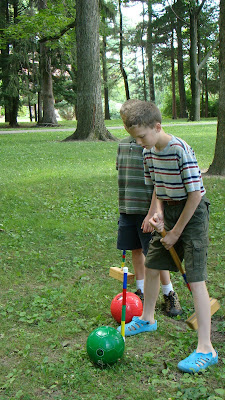 It was different than croquet in that everybody played the same wicket. You played teams. There was a good amount of strategy. It was a lot of fun. 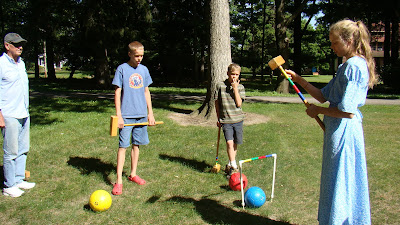 They have tournaments here on the weekends. This site also fields an old-fashioned baseball team. Check their schedule for these games in the summer.
The Ohio Historical Society Membership was more than paid for with this one outing. It would have cost us $64 to go in with everyone. We are looking forward to going to Fort Meigs later this summer.
~Mom
Posted by ~The Mangos~ at 8:40 PM