Yes, Mr. Boots, There is such a thing as a 'Booky' 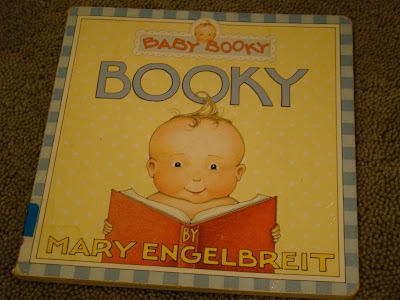 When Elizabeth was younger, she was the typical toddler. She would add a "-y" to the end of many of the words she used. She had her "blanky", "dolly", and "jacky" (that's a jacket, for all you who are unused to baby talk). This drove Mr. Boots absolutely crazy. He hates baby talk. He would correct her time after time and she persisted in using it simply because she knew it bothered him. She loves to tease her big brother. She would sweetly ask him to get her some "milky". He would tell her that he would happily get her some milk, but that there was no such thing as "milky". Did she want some milk? She would reply, "Yes Mr. Boots, please give me some (short pause) milky." They would go back and forth like this for a long time. She would also sweetly ask him to read her a "booky". He would of course reply that there was no such thing as a 'booky', although he would be happy to read her a book. You can guess the rest. Anyways, at a recent book sale, I found a booky. There is such a thing. Sorry, Mr. Boots, Elizabeth was right all along. 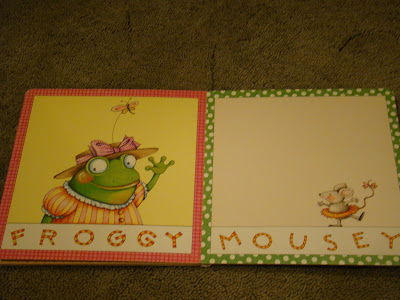 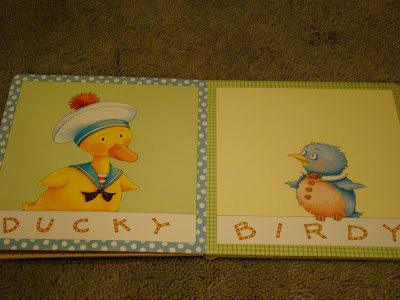 And Duckys and Birdys.
One of my favorite moments was in the middle of one of their 'arguments', Elizabeth put her hands on her hips and looked him in the eye and told him, "Don't argue with a three year old!" Of course Mr Boots retorted, also with his hands on his hips, "Don't argue with a fifteen year old!" It is all in good fun and neither one ever gets upset, they are just playing.
Elizabeth did come out on top one time. I am not sure where or how she came up with this... Mr. Boots HATES bodily secretions! He is very careful about washing hands, using clean silverware, etc. One night I came in to tell him good night. He sleeps on the top bunk and Elizabeth came with me and climbed up the ladder so she could also tell him good night. She then told him in a little girl whispery teasing voice as he snuggled under his covers, "Mr. Boots, I licked your pillow". He quickly flipped it over. She then quietly told him, "Both sides!" At which point we all burst out laughing. He laughingly told her just how gross that really was as he often drooled in his sleep.
I am not sure if she really did lick his pillow or not, but just the fact that she came up with it made me chuckle. Little sisters are really good for big brothers. I miss her baby talk already.
~Mom
Posted by ~The Mangos~ at 6:52 PM