This past Tuesday CCS played First Baptist.  First Baptist was an undefeated team and the guys were anxious to change that! 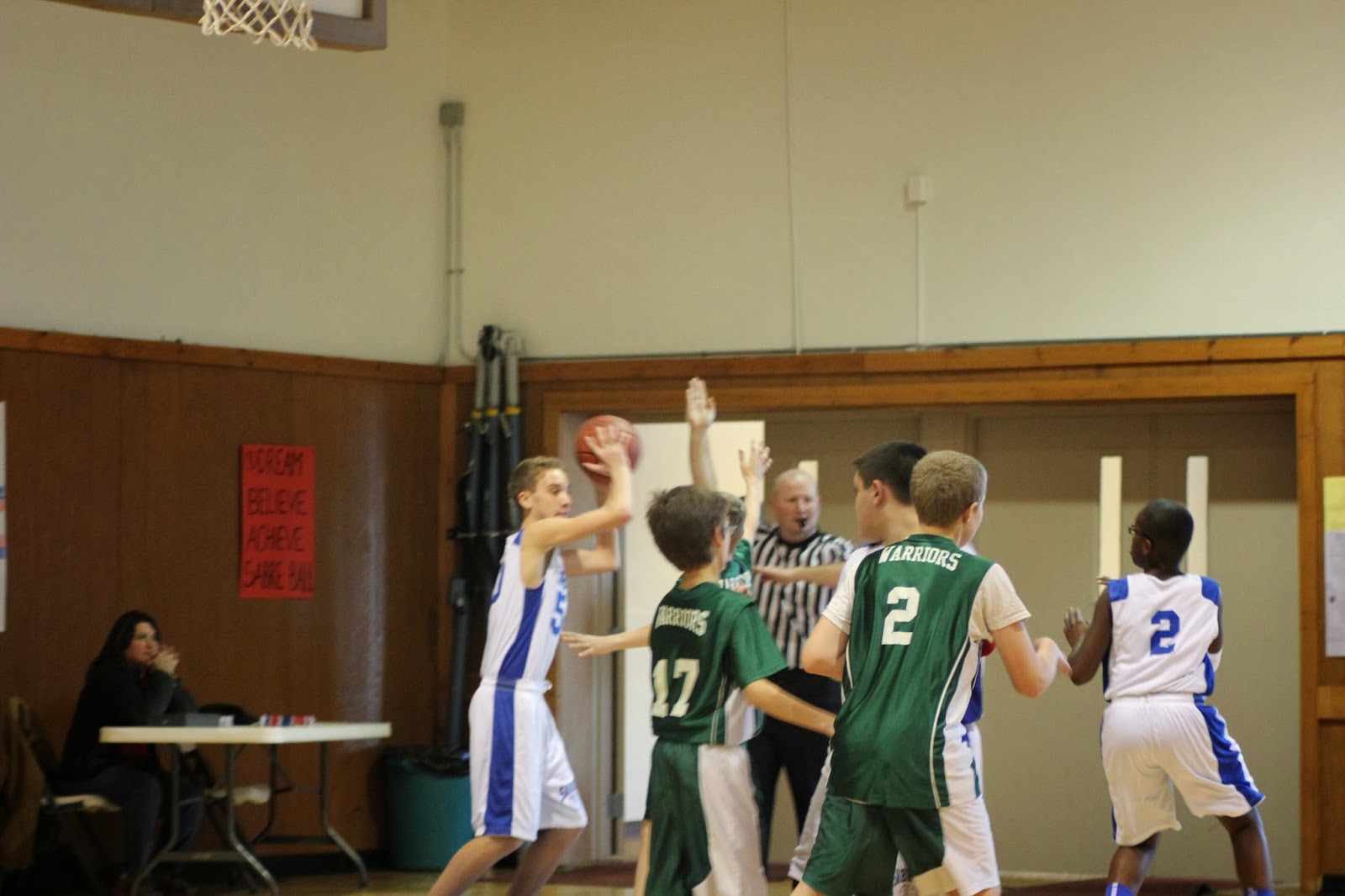 The game went back and forth and there was a lot of lead changes. Three of the starters (including T-Bob) played the entire game.  It was a hard fought battle. 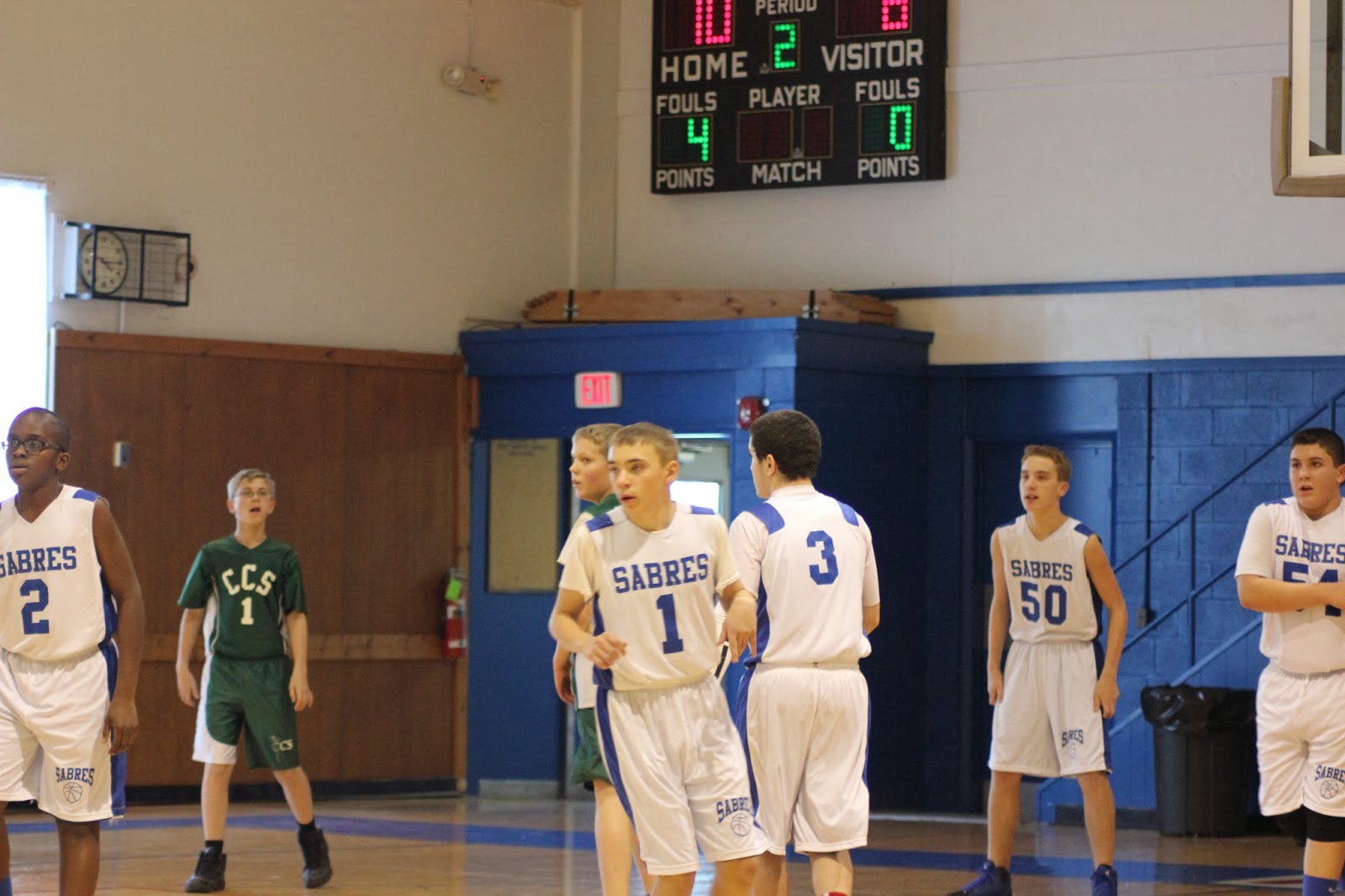 At the end of the first quarter First Baptist was up by 4 points.  CCS is a team that seems to start slow and take awhile to get going. 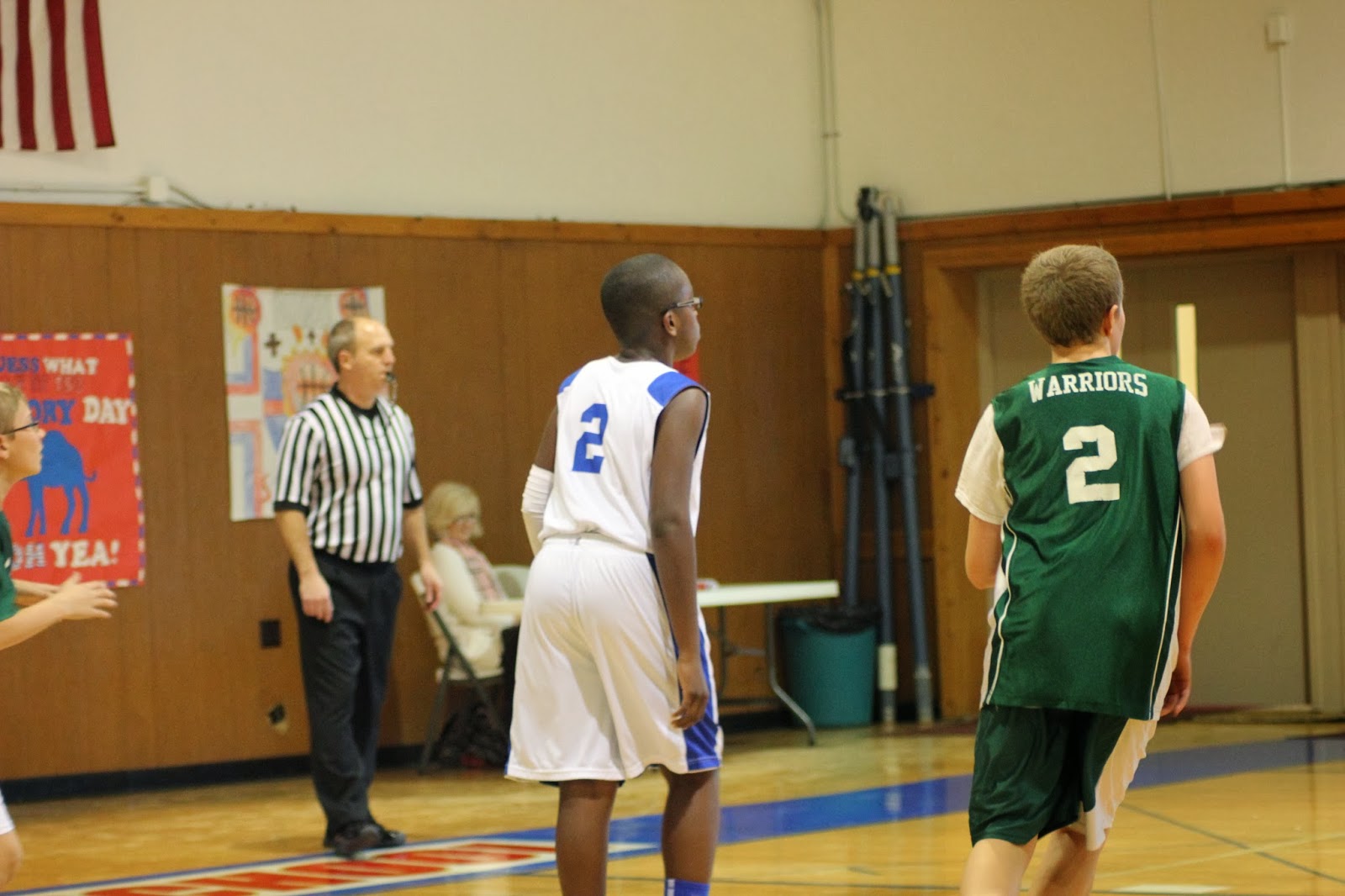 T-Bob played hard and hustled.  He scored 5 points in the game.  His shooting is starting to come around.  His form is improving.  He is good at listening to the coach and applying what he says. 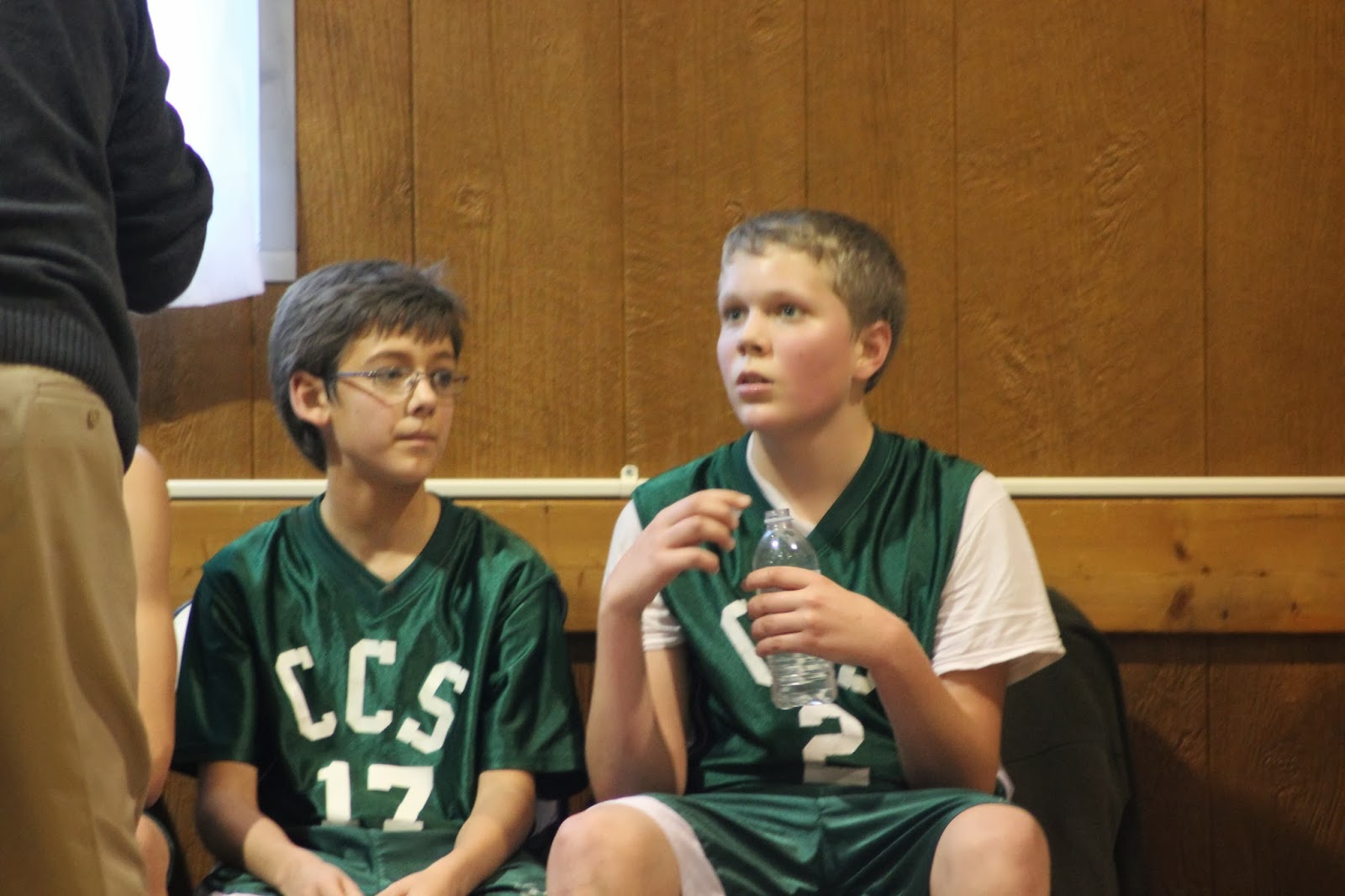 The guys fought it out and by the start of the 4th quarter... 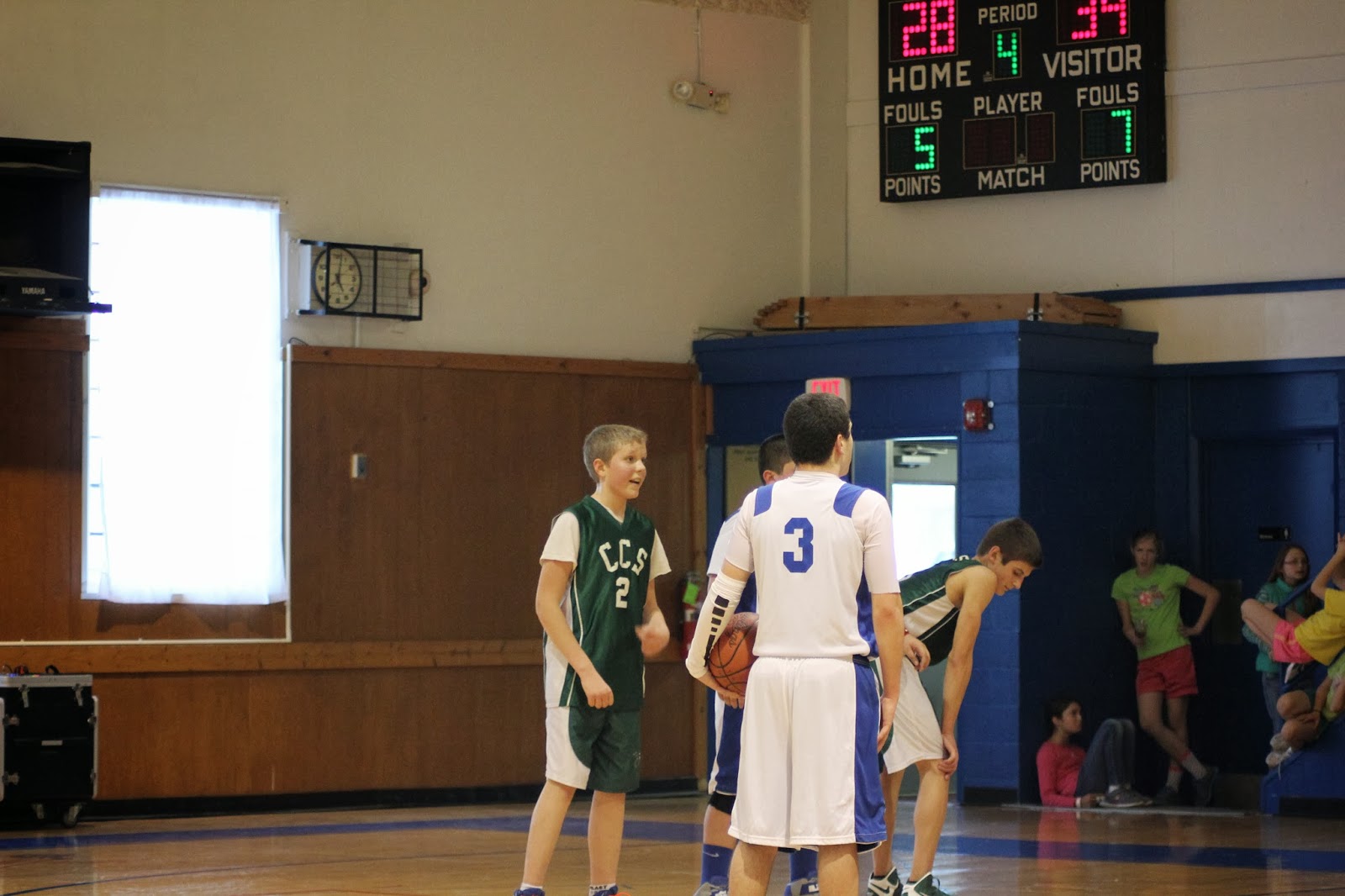 They were up by 6 points.  The other team had to start fouling in order to get the ball back.  There was definitely a home court advantage.  The timekeeper was VERY slow in starting the clock after a foul shot.  Sometimes five or six seconds would elapse before he started the clock.  But CCS didn't let this frustrate them.  They hung on and played through it! 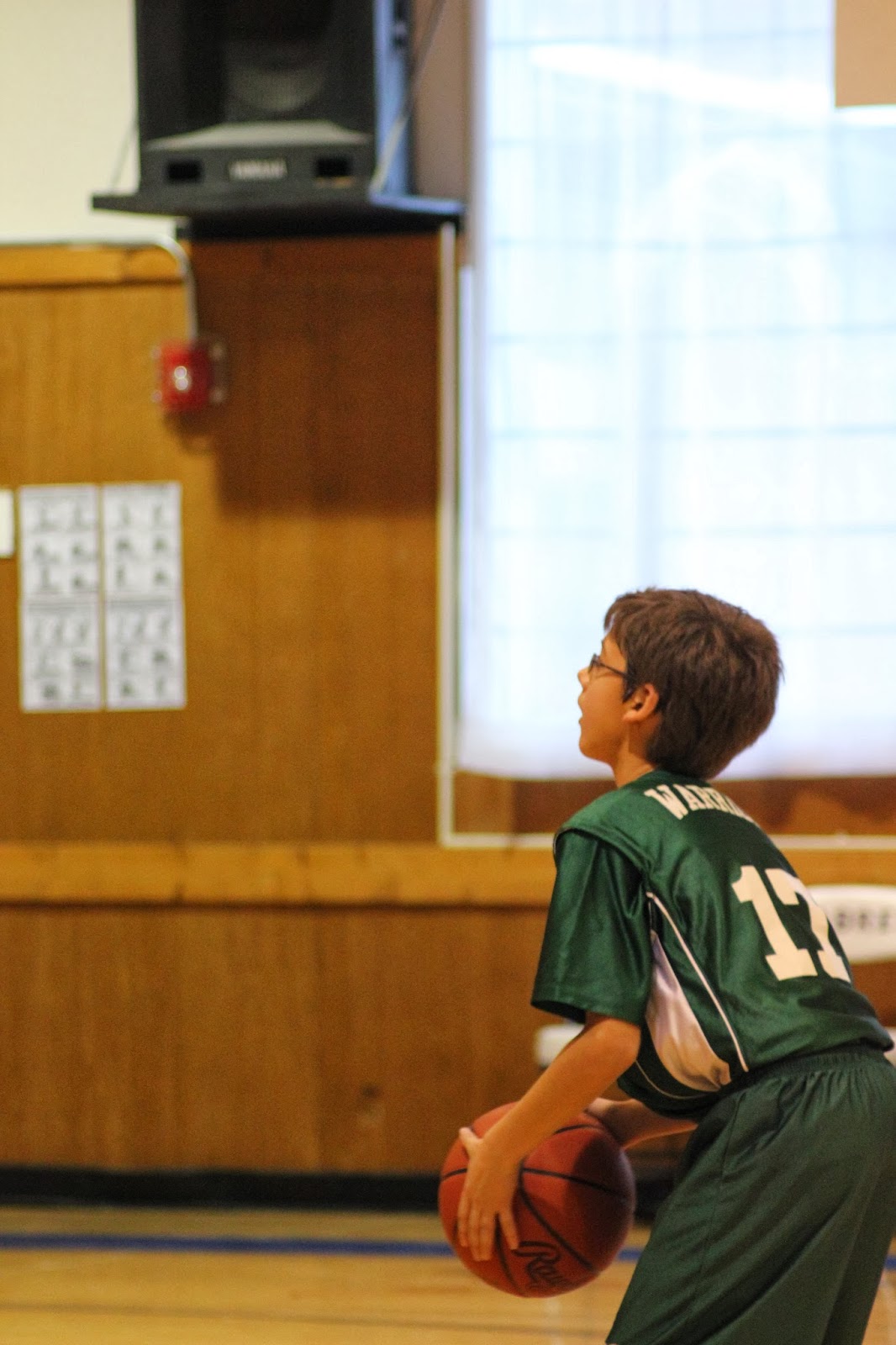 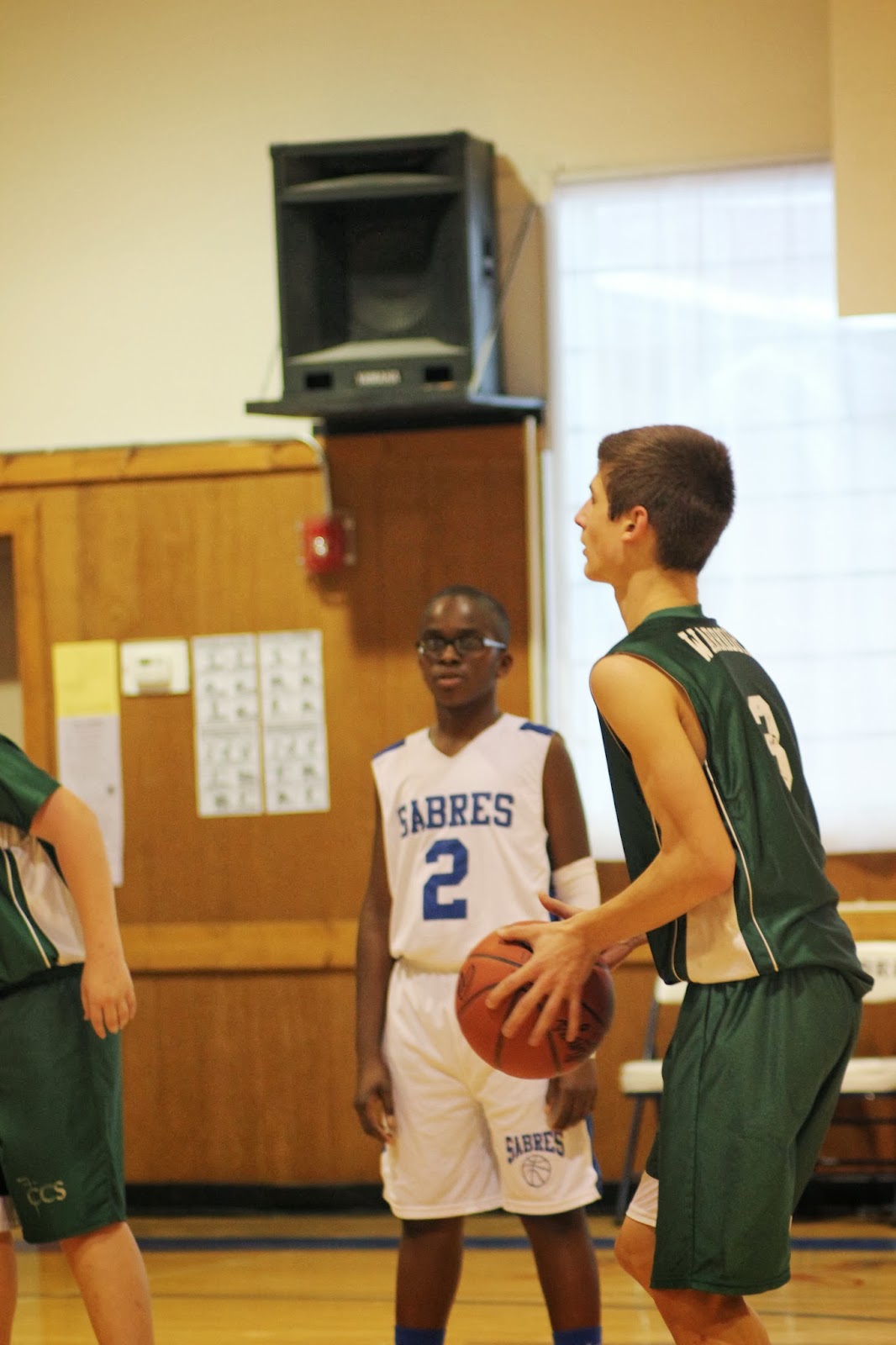 Trevor made his free throws when the game counted after missing some earlier. 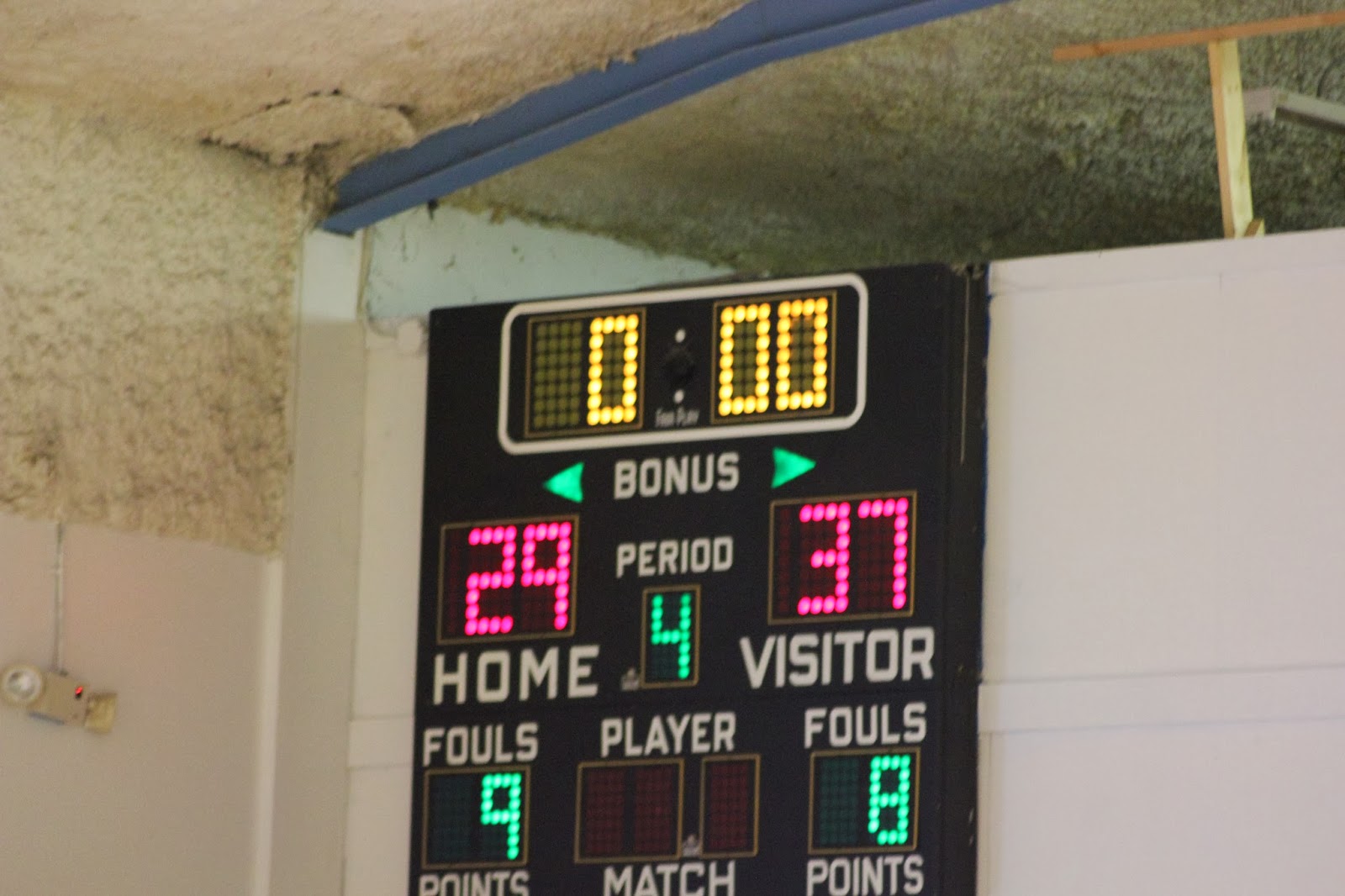